Rhoscolyn parish Church is dedicated to Saint Gwenfaen, a 6th Century female saint said to be the daughter of Pawl Hen of Man (Old Paul from the Isle of Man). Pawl established a monastery in Carmarthenshire in 483AD and Gwenfaen his daughter is believed to have had a cell in Rhoscolyn, with a Church then being established in the village in 630AD. Pawl Hen sired quite a dynasty of Saints on Anglesey, as her brother is also a saint linked to the Island – Peulan (Llanbeulan, near Rhosneigr). A later 15th Century church on the site was destroyed by fire in the 1800’s and the present Church was built in 1870. Parts of the old church survive in the doorway and foundations and inside there is a 15th century octagonal font with intricate carving. St Gwenfaen’s saints day is 4th November and is still celebrated in the parish today. 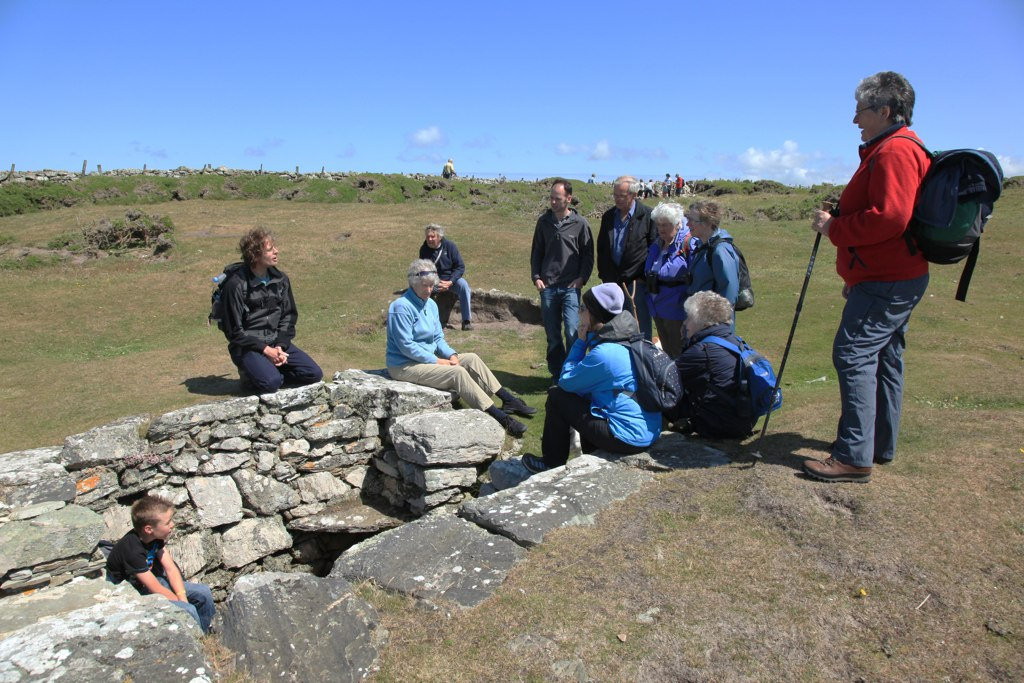 Gwenfaen is also associated with the well on Rhoscolyn Headland. This medieval well contains two chambers with seats below ground level fed by an underground spring. Whilst the foundations of the well may well be medieval, the current stone-work probably dates from the late 19th Century. It is said that Gwenfaen had powers to cure ‘diseases of the mind’ and an offering made to her could result in a cure. Perhaps due to a literal translation of her name ‘white-stone’ an offering of two white stones is made into the well. Lewis Morris a local 18th Century poet who lived in Ty Wrideen in Rhoscolyn wrote a poem extolling the virtues of the healing powers of the well entitled “The Sacred Well of St Gwenvaen’s Rhoscolyn” reproduced in full on the Rhoscolyn.com web site. Lewis Morris went under the bardic name of Llewelyn Ddu o Fôn (Black Llewelyn of Anglesey), he is perhaps most famous for having produced one of the first marine maps of North Wales in 1748 and the establishment with his brother Richard of the Honourable Society of Cymmrodorion to promote the welsh language and culture. 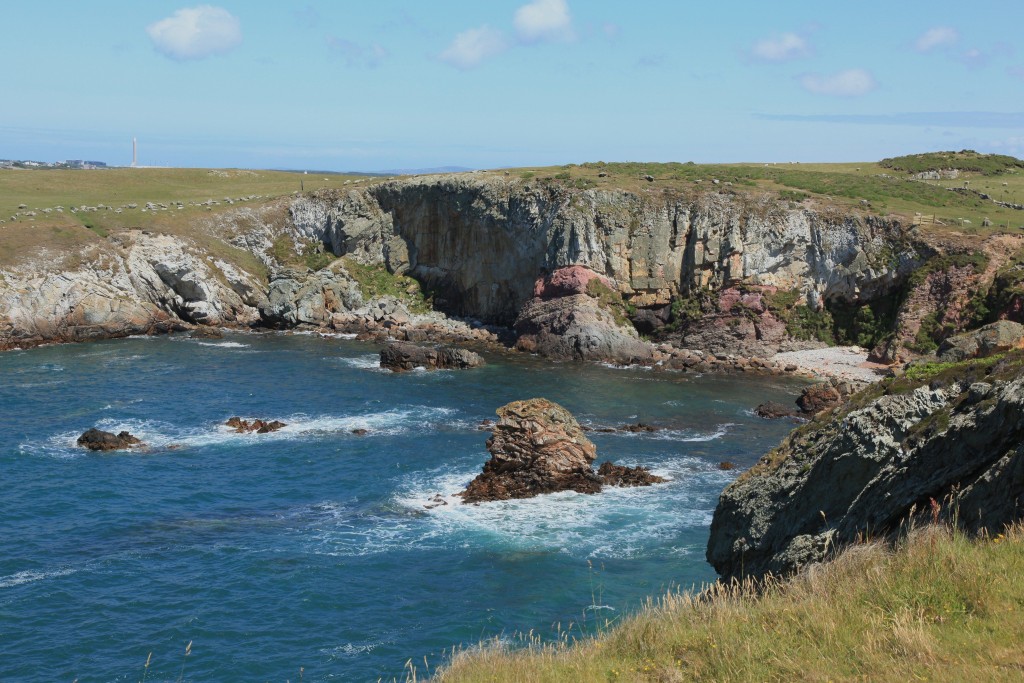 The parish has been referred to in times past as Llanwenfaen, and although many places on Anglesey are named after their Saints this name hasn’t stuck and the name Rhoscolyn has been preferred. Henry Rowlands (1655–1723) the author of Mona Antiqua Restaurata: An Archaeological Discourse on the Antiquities, Natural and Historical, of the Isle of Anglesey, the Antient Seat of the British Druids believed that the name Rhoscolyn “derived from one of those columns which the Romans erected, both as commemorative of their victories, and to mark the extent of their conquests”  His assertion that there was once a Roman column in Rhoscolyn from which it takes it’s name does not appear to have any supporting evidence although the Romans did of course invade Anglesey in AD60 in order to strike at the heart of the Celtic religion, so perhaps a column was once erected here. Perhaps the name Rhoscolyn is used because it pre-dates the association with Gwenfaen…..

Local tradition has it that Gwenfaen was chased from her cell by local druids, only escaping by climbing the sea-stack in Porth Saint (Saint’s Bay) and being carried away by angels. There is a great deal of evidence for the celtic religion in the area. A stone’s throw from the well is the farm ‘Cromlech’ it’s name referring to a neolithic burial mound previously on the site, sadly now destroyed. The tale perhaps refers back to a time of conflict between new and old religions as ancient traditions resisted the march of christianity.

Note the interesting folds demonstrated in the rocks of the sea stack, and the beautiful hematite pink of the cliff wall. The wall of the cliff is an extension of the geological fault that can be seen again on the coastline at South Stack, the fault being formed by the opening-up of the Atlantic Ocean and the separation of Europe from North America around 140 million years ago.

Learn more about the history of Rhoscolyn by coming on one of our history and geology walks.