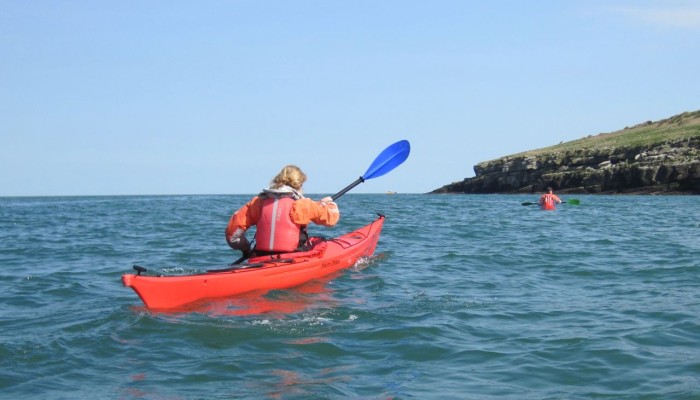 A fantastic day for a paddle at Puffin Island – Ynys Seiriol – yesterday. The Anglesey weather was superb!

After a short crossing over the sound between Penmon Head and the island, and with the fog bell tolling it’s encouragement, we were greeted by the calls of the profusion of sea birds making their nests on the cliffs.

There are a large variety of birds on the island, We saw: Puffin (of course); Shag; Cormorant; Kittywake; Razorbills; Guillemot; Black-backed Gulls; Herring Gulls and even a couple of Geese!

At the far end of the island we renewed our acquaintance with the island’s Atlantic Grey Seal colony with memorable close encounters!

A great Spring paddle, finished off with an ice cream at the cafe on Penmon Point.